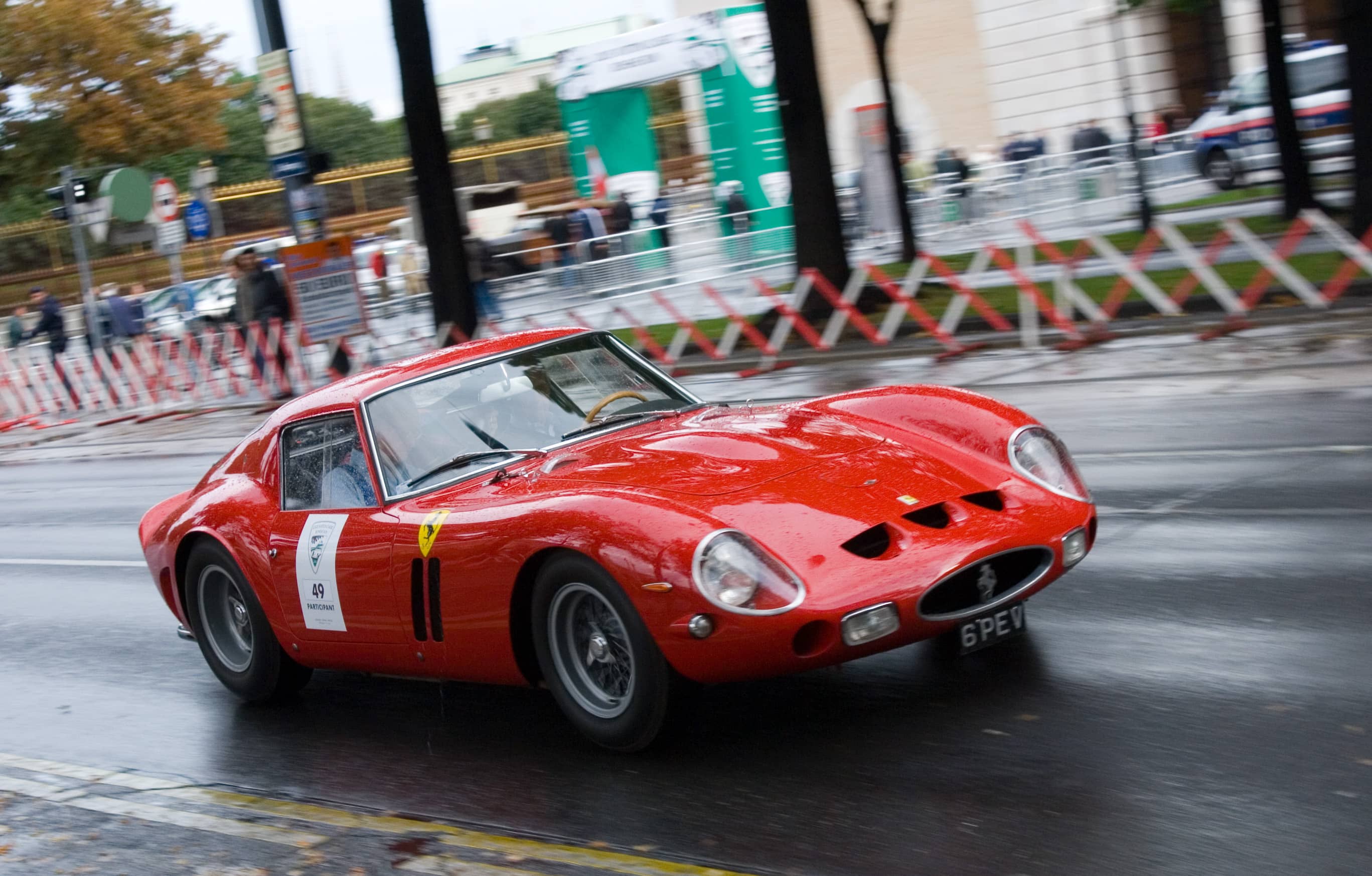 The Ferrari GTO is a myth within the myth of the Ferrari brand. Few of us have had the chance to come across one, let alone drive one.

Its name is written in legend, the GTO has become a myth reaching all the heights, having become one of the most famous automobiles of all time.

It was designed in the early 1960s, and the first copies made in 1962, when the aesthetics and clean lines of a car could easily classify it at the level of works of art.

The 250 GTO is a real prototype, 36 units built when 100 were needed for homologation in GT, but the COMMENDATORE, master in the field and well helped by the all-powerful Italian federation of automobiles which could do nothing to him. refused, achieves one of his finest moves, convincing everyone that the GTO was just an evolution of the previous 250 GT.

Despite some unconvincing tricks, including license plates, it is a real racing animal; it does not even have a speedometer (very futile to participate in the 24 hours of MANS).

Considered one, if not the most beautiful car and one of the greatest sports cars of all time, the GTO continues to arouse envy, like all great works of art. In 2018, a Ferrari 250 GTO was sold for 70 million dollars, a real record that shows how much this car still arouses passions.

The GTO is equipped with the famous 3 liter V12 engine, the famous TESTA ROSSA (red head), taken from the color of the red rocker covers, the term 250 simply means that each cylinder has 250 cubic centimeters of displacement.

At the origin of the project, we find the chief engineer Giotto Bizzarrini whose idea was to start from the chassis of the 250 GT SWB, of which there were a few examples of the chassis in stock, and the 3-liter V12 engine of the Ferrari 250 Testa Rossa. Bizzarrini will not complete the project, following a quarrel with Enzo FERRARI and his departure from SCUDERIA, the project will be entrusted to Mauro Forghieri, who recently arrived at FERRARI, and to designer Sergio Scaglietti.

The sublime design of the curves of the 250 GTO therefore comes, at the beginning, from the work of Bizzarrini and then of Scaglietti; it will then be improved thanks to wind tunnel tests, then by test sessions on the circuit, with the use of the first 3 chassis which will serve as a mule.

It is the reflection of the extent of the technical know-how of the Scudéria at that time:

Honors of the Ferrari GTO in French rallies: