Nothing is going well at Peugeot, are the 2008 DKRs completely missed?

Remember, Peugeot for understandable economic reasons withdrew from the 24 hour race at Le Mans and has been trying ever since to make sporting media hits while keeping a budget all the more reduced since the cars are sponsored among others by RedBull. It is in this context that we could see the winning participation of Sébastien LOEB in the Pikes Peaks race last year. Peugeot hoped to continue this momentum and win the 2015 Paris Dakar rally.

However, not showing enough modesty, those in charge proclaimed loud and clear that they were going to win the Dakar very quickly and that we were going to see what we were going to see. They did not hesitate to recruit the best drivers in the category with Stéphane Peterhansel and Carlos Sainz, which shows to what extent Peugeot had real ambitions on this Dakar and was not just looking for a good driver to develop the car. Except that the Dakar is not Pikes Peaks, and building a car as powerful as possible under almost free regulation is not the same as making a car under strict regulation and to beat competitors who have been practicing the Dakar for a long time.

In view of the unflattering results obtained in January: 11 ° and 36 ° we did not finally see much. Looking closely at the images of the Dakar, we even see a car that seems poorly developed and which takes a lot of body roll when cornering. Curiously, while the Dakar regulations allow cars to be built 2.2 m wide, Peugeot has chosen to stay on a car width of 20 cm less important. Surprising when you know how much more 20 cm can contribute to the natural anti-roll without having to harden the suspensions. Not to mention the advantages of lowering the center of gravity by distributing the masses better.

Other faults of this car: the solidity and the tires: the Peugeot would benefit from a too fragile front cradle which they had to repair several times and which had already caused the delay in the development of the car. Finally, to avoid the risk of punctures, Peugeot required Michelin to provide it with a very hard tire which, if it did not puncture, reduced the car’s overall performance. 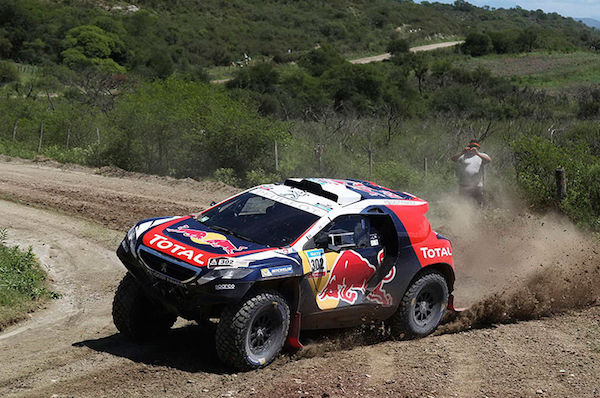 Stéphane Peterhansel at the Dakar 2015

It must therefore be recognized that the car is really a failure, to such an extent that Peugeot Sport director Bruno Famin called on Jean Claude VAUQUARD to come and help them identify and correct the car’s faults. According to Auto Hebdo, Jean Claude VAUQUARD and Peugeot’s current project managers do not get along, so calling on him under these conditions shows the extent of the problem. And this week, Auto Hebdo tells us that Jean Claude VAUQUARD preferred to leave because the in-house project managers did not want to put in place the essential measures and redo a wider hull as permitted by the regulations.

Are these problems related to too tight a budget or a system in place? It’s hard to say, in any case we want Peugeot to raise the bar and offer us in 2016 cars that make us dream other than static.

This article was written by Frédéric CAUNES