Rallying is an extremely complex sport, it requires knowing how to drive a car, developing its technical specifications, adjusting it, knowing how to describe the road through a system of notes and above all knowing how to use this system of notes. to then pass the bends at the speed that we imagined. One of the difficulties of this sport is also that it is almost impossible to train between races.
For their part, video games have continued to improve, the rendering of 3D displays, initially software, are now subcontracted by specialized chips. Machine performance continues to grow allowing unparalleled performance that software can now exploit.
So we asked ourselves the question of knowing what were the differences and / or similarities between the most advanced rally game possible and reality, but above all to try to answer the following question: Are Video Games an aid to rally practice? 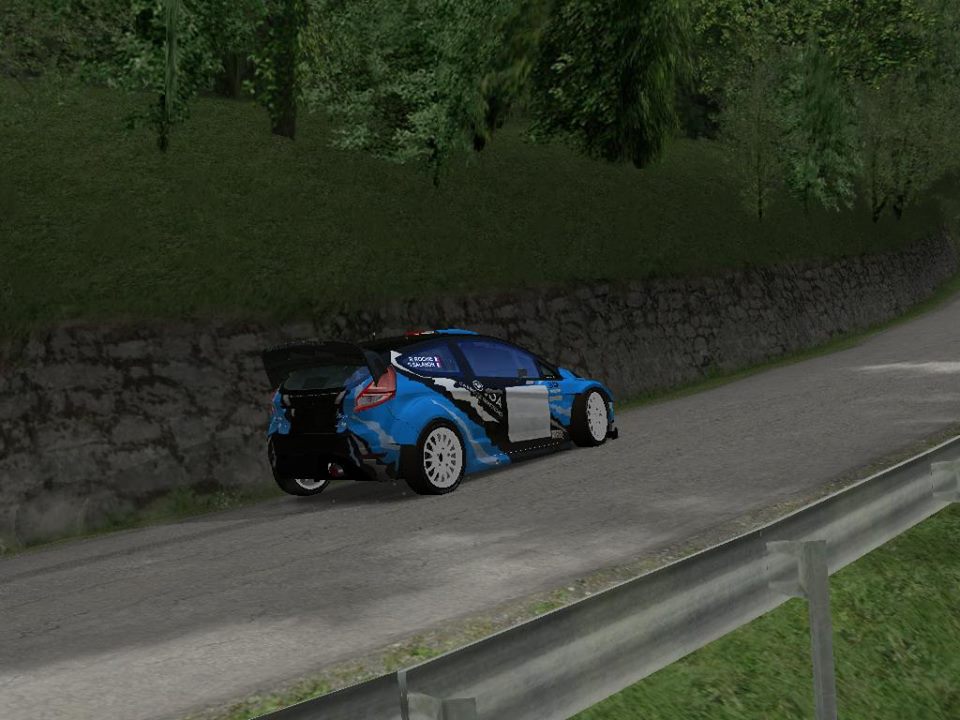 Whether we like it or not, the practice of rallying is now similar to simulation games.
All of the new racing cars currently being released now have a sequential gearbox and electronic gear display. If the display itself is reminiscent of a computer screen, modern cars no longer require knowing how to correctly practice the heel-toe and double-clutch technique. One step forward by dragging another foot no longer crosses between the brake and the accelerator, we can afford to have harder brake pedals on which we must press frankly with one foot, the ideal being moreover to do it with the left foot in order to manage the drifts of the car at the same time.
As we can see, the driving position of the cars has therefore really come close to that of a video game simulator. Controllers on the steering wheel, digital display, we are more and more close to a game!
Another phenomenon brings current cars closer to video games: the latest generation rally cars such as the DS3 R3, 208 R2 etc … are more and more efficient but also more and more stingy in sensations. identify the recognized limit. The most extreme at this level seems to be the Mégane RS N4 or R4. 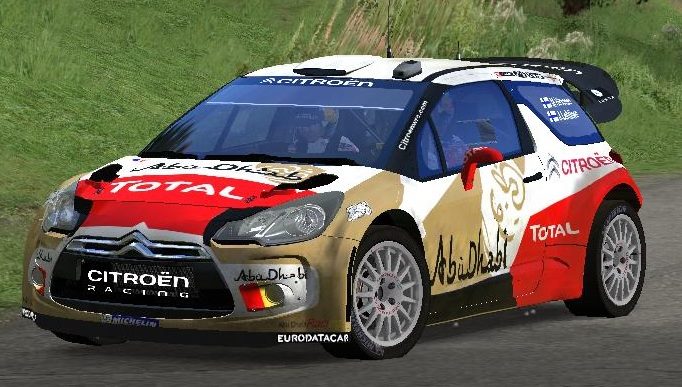 Will you be at the level of Sébastien LOEB?

With the advent of consumer computing, programmers developed games including the first driving simulation games. Very simple at the start, they were in two dimensions and were limited to small games of reflexes or it was necessary to make a car slalom in a moving landscape or on a marked out track. But programmers were already dreaming of 3D and sliding across the middle of trees and virtual rocks.
The improvement of simulations:
With the appearance of WRC, WRC2, WRC Sébastien Loeb, Colin Mac Rae Rally 1, 2 etc, the rally simulations have come closer to reality. This evolution was done as much at the level of the improvement of the graphics and linked to the performance of the machines, as at the level of the improvement of the behavior of the cars, the sounds, the responsiveness to the settings, etc … The ultimate is certainly Richard Burns Rally, a game launched in 2004 and developed in collaboration with Richard Burns official driver Subaru then Peugeot. This game can be considered as the worthy successor of the Colin Mac Rae Rallye series, it was designed as a real rally simulator allowing even to adjust the distance at which the co-pilot had to announce the notes, added from time to time the crossings of ‘animals, etc … In these games we really feel the understeer or oversteer of a car, we can make a car easier to drive or more distinctive by adjusting the settings: body heights, types of tires, brake balance between front and rear, gearbox ratio, etc., any modification of a setting is felt and has a result similar to the real one.
The “arcade” games
But simulation is not the only trend: alongside simulation games whose goal is to get as close as possible to reality, there are also “arcade games” whose sole purpose is to amuse the player. In this case, respect for reality is not an end in itself. Thus, for example, the behavior of cars is simplified and even sometimes completely surprising. In general, a simulation calls for adjusting the steering wheel, the accelerator or the brake where an arcade game will require the player to be fully. This also implies that simulation games will require equipment: bucket, steering wheel, pedal while the arcade can be satisfied with a simple joystick. This is how we can find games where we must never cross-steer and where a Sierra Cosworth, a Clio grA and a DS3 WRC have exactly the same behavior, or we find ourselves together on a rally special etc. .. 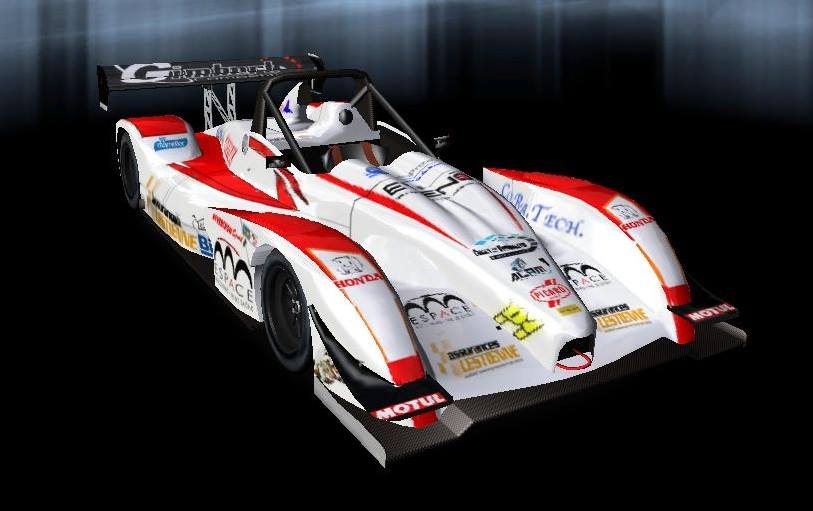 In addition to this survey, we offer you a series of interviews with pilots, co-pilots and enthusiasts on this subject, also find for example a Interview with rally driver Julien Saunier, Opinion of a talented young driver who explains to us how a video game, normally solitary activity, can become a team game.

Another interesting point of view with Interview with rally driver Fabien Véricel, opinion of an older driver , Fabien having started rallying in 1994, at a time when video games were not very well developed. He experienced the evolution of these and even participated in the development of one of them.

It is possible to start rallies beforehand, as Quentin Baron did, for example, who was already co-driver at 17, find the point of view of a young man in the Interview with Quentin Baron, young rally co-driver

We also offer you the Interview of Thomas Chauffray amateur rally driver , a talented driver who races in the West region and also regularly co-driver his friend Mickael Reydellet.

With each interview, you will find photos and videos of these boys in action.

In this sense, the commercial failure of the RBR game may have meant the death of simulations, all the games that have been released since are more “arcade” type, the improvement being content to improve the quality of the graphics. It is difficult to say if this failure is due to the fact that it was too complicated for a neophyte or simply related to a business problem. But the game “Richard Burns Rallye” lives a second life. A team of enthusiasts has indeed taken up this game and continues to develop it by adding cars and stages. Communities have even appeared on the internet. The same thing happened for a 1967 F1 single-seater circuit racing game: Grand Prix Legends. This game has great similarities as much in its realism, its difficulty as its lack of success at the beginning and finally its longevity supported by a community of enthusiasts.

In F1 all teams now have their own simulators. Ultra sophisticated systems costing over a million euros mounted on jacks. They are used for many things: training pilots, testing different configurations or strategies, etc … Besides, some companies have also set up simulators that can be rented. It is actually only improved games, the goal being more to have fun than to look like reality but the quality of the environment allows all the same to speak of simulators. 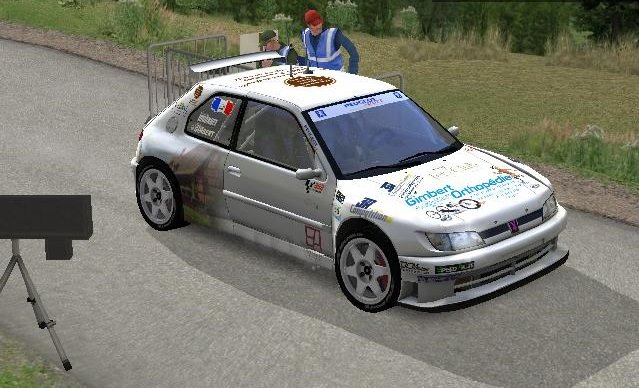 All the legendary cars at your fingertips, here the Peugeot 306 maxi

What training on video games can bring:

– understanding the behavior of the car: A good game allows you to understand how a car reacts without the stress of breaking it! You can repeat a turn as many times as you want until you find the best way to pass it. You can also get used to understeer and oversteer, blind turns …
– coordination of limbs: For young people who do not yet drive, a game allows them to get used to synchronizing the action behind the wheel and that of the feet.
– reflexes: It is certain, the video games help to develop the reflexes and the speed of action between what the sight registers and the reaction at the level of the limbs on the controls.
– good and bad habits: On the contrary, we can wonder if they cannot also give bad habits in young people under 18 years old.
– modifications to the settings: A good rally game should allow you to modify the settings and the application on the behavior of the car that it induces. Likewise, we must be able to clearly feel the differences between driving a propulsion, traction or 4-wheel drive. In this sense it is a good way to learn simple settings because the reality is always more complex.
– Concentration: Here too, video games must undeniably make it possible to train to stay focused throughout a rally special. Not easy when you are just starting out in the race and have only done regional activities to stay at their best during the 20 minutes of a national rally special.
– Listening to notes: Rally games are a good way to learn notes, unfortunately they always include errors, for example places where they are announced too late and which encourage people to rote. We can note on this subject the original solution of Julien Saunier who played with a friend, that is to say a pilot and a co-pilot as in real life.

Electronics has undergone a technical revolution over the past 30 years, it has allowed the birth of consumer computing and the first video games.
With the reproduction of the third dimension, games have evolved allowing the simulation of driving any floating, rolling or flying object. The 3D functions that each computer scientist had to program himself first became available in the form of ready-made libraries and then became more or less standardized to become, among other things, the OpenGL and Direct3D functions.
This has enabled manufacturers of electronic components and therefore of graphics cards to integrate all or part of these libraries directly into electronic components and therefore graphics cards. Thus appeared the notion of “hardware acceleration”. To simplify, let’s say that the display and drawing functions devolve directly to the graphics card and its processor, the main processor of the computer only having to calculate the positions of the elements to be drawn. The mathematical calculations of renderings of 3D displays designed as a set of elementary surfaces being particularly resource-intensive, this allowed images of much better resolution.
At the same time as complex electronic components became more democratic, the appearance of steering wheel / pedal assemblies, then force feedback steering wheels. Today the latest developments are in the form of steering wheel / pedals / gear lever assemblies with very realistic designs.
Today the performances of computer machines are so advanced that they have allowed 3D video games of all kinds to render more and more close to the real image. Technological evolution is such that the performance of current games exceeds the wildest dreams of the first game programmers: To evolve a shape as complex as a rally car with its spinning wheels, its decoration, in the middle of a complete landscape and calculate in real time its displacement and behavior according to the pilot’s commands …